Here, have a werewolf. This big hairy brute is from the Strange Aeons miniatures of Uncle Mike. He’s a monster in several senses, about 44mm from base to top of his hairy head; the base is just under 40mm across. 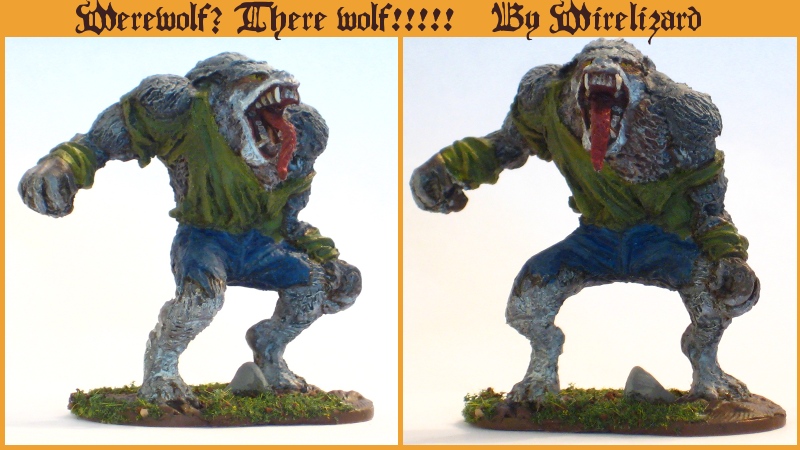 He’s only appeared in one game, a quickie .45 Adventures clash where he was rather unceremoniously filled with lead by a couple of unimpressed soldiers. We decided a werewolf that impressive needed custom rules in 45A, which I haven’t yet gotten around to. I am quite pleased with how the painting on him turned out, especially the white around the muzzle and darker fur around the eyes, although he did spend some time during painting looking alarmingly like a were-raccoon…

Here’s the beast while being based. I used a pair of pennies and some milliput for the base, solid and simple. All of the SA figres are resin, so the pennies ballasted the figure nicely.

(I painted the werewolf back in the fall of 2010 but figured good figures always need a blogpost of their own. More current stuff soon, I promise!)