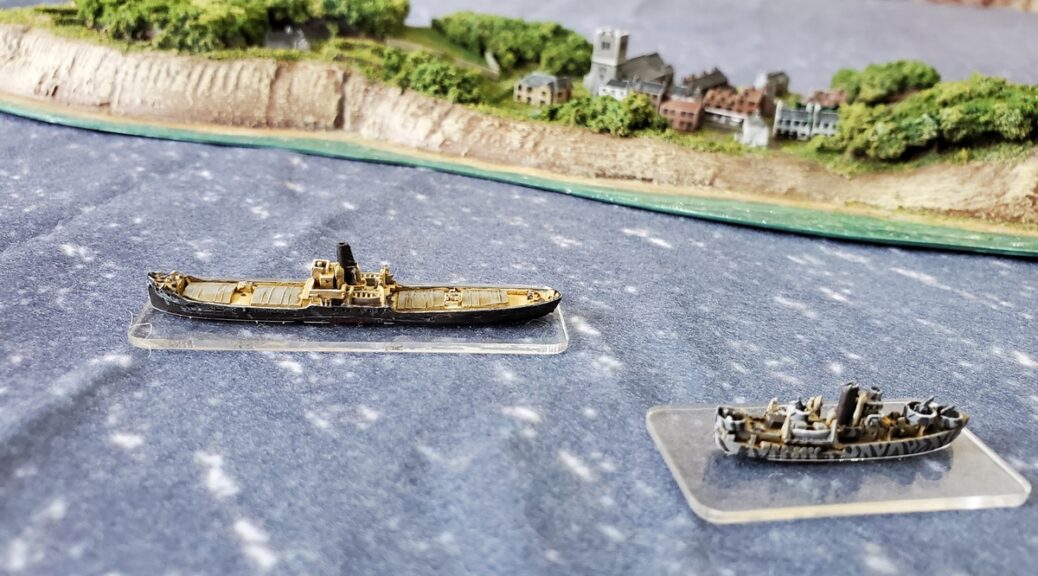 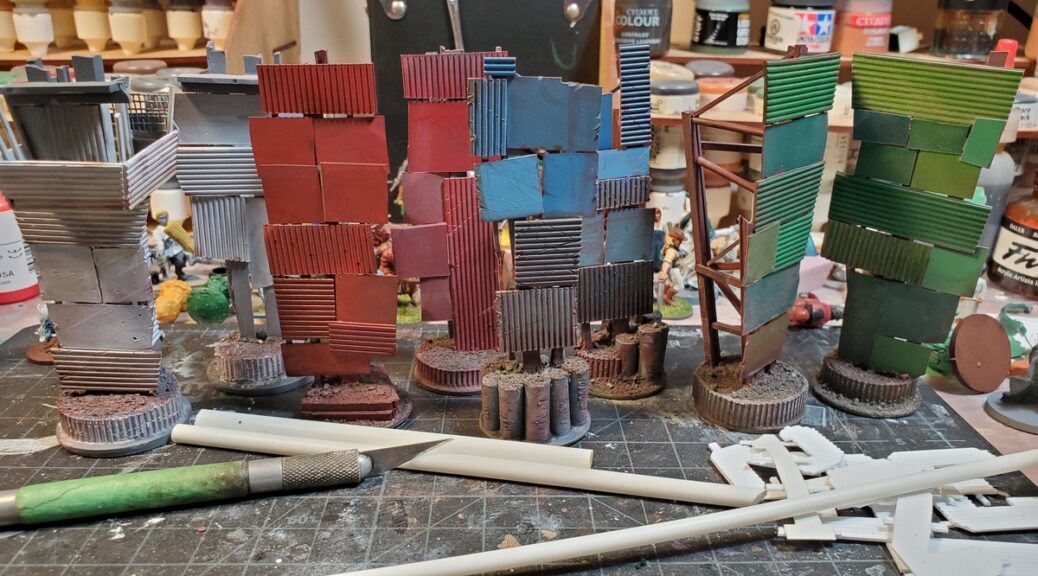 Kind of slow on the gaming front around here; we are still in COVID lockdown so no in-person gaming is permitted, but Thursday evening Gaslands by webcam is still going strong – we’ve had six players the last couple of games, which is probably pretty close to the limit for webcam gaming and keeping things organized and moving.

The gates have their basecoats and a first pass of weathering done, at least. I’m especially fond of the blue pair, they’ve taken the weathering really well so far.

We had a blast of unusually cold weather and snow which has meant that my brother’s 3d printer (which lives in his garage) has been out of order, so everything is on hold until he can print the “GATE” lettering the six or eight times I need to add to each gate. It’s warmed up to normal winter temps again so hopefully he can get that done this week and I’ll be able to finish these up! 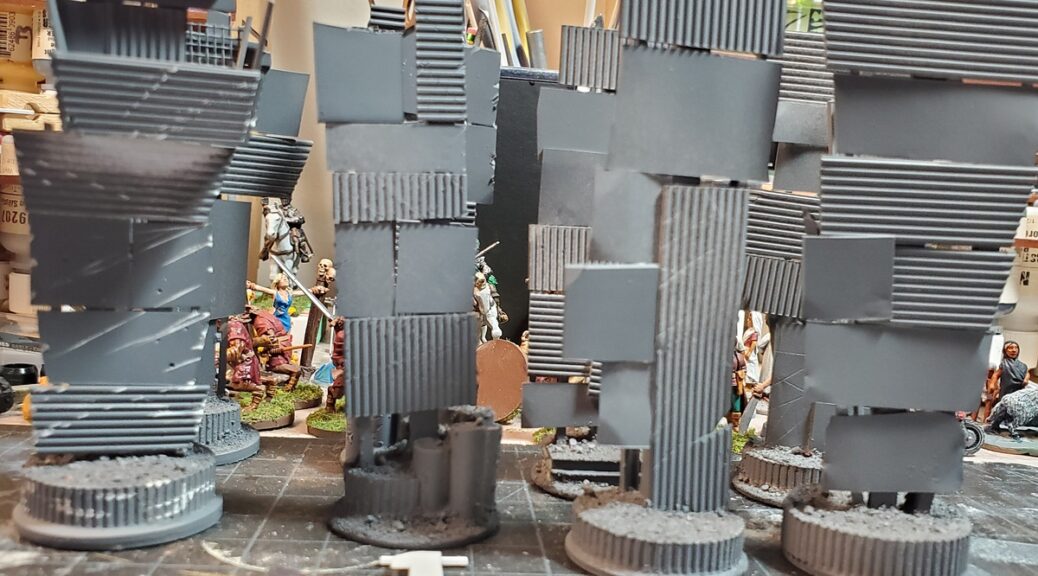 Got the base gate towers primed, and cut out the huge numbers that will go on each gate.

The plan is to label each pair of gates with large numbers cut from scrap styrene sheet, and to have 3d printed lettering for “GATE” above that, because I do not want to create styrene sheet lettering six or eight times if an alternative creation method can be found!

I’m going to scar up and then do the base colours on all the towers before the lettering goes on, so that I don’t have to try to paint under the lettering. But I cut the huge numbers last night and added the scrap bars that lift them off the surface of each tower.

Base colours tonight and priming the lettering, then I kind of have to pause until Corey gets his 3d printer fully functional again before I can add the GATE signs and start work on the overhead gantry for the Start/Finish line.