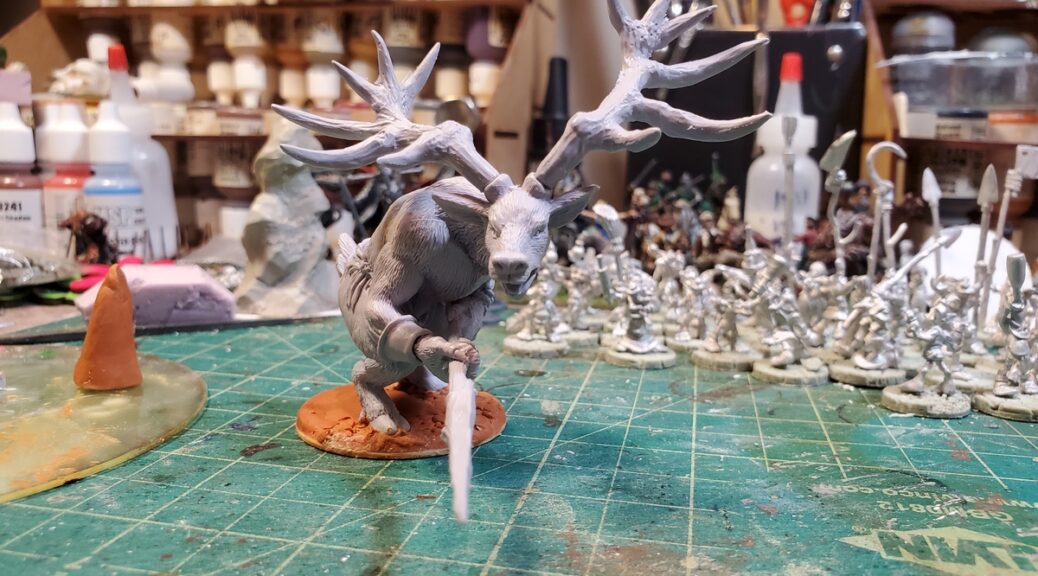 I’ve been on a kick of assembling and basing figures in batches the last little while, and also (as you can tell) not been doing much of the ol’ blogging this year… Anyway, right in the middle of assembling a couple of dozen Toadstool Brownies from the big Fenris Miniatures Toadstool Kickstarter earlier this year, the loot from the Fenris KS after that, the Wyrdworld one with all sorts of cool anthropomorphized animal figures showed up!

I decided that I needed to base and assemble Brutolph, the Giant Elk right away, because it is a truly spectacular figure.

That’s a 40mm circular base our big deer is on, with his arms, spear and antlers just dry fitted for now until all the Milliput on his base is properly cured.

To the top of his antlers he’s just shy of 3″ tall, and that spear is longer than that!

I’ll get Brutolph’s arms and antlers properly installed over the next few days and then he and the whole village of Toadstool Brownies will be off for priming. I’m not actually sure how I’ll be painting him up, but might go slightly weird as I intend to use the figure as a forest god/spirit of the deep forest type!