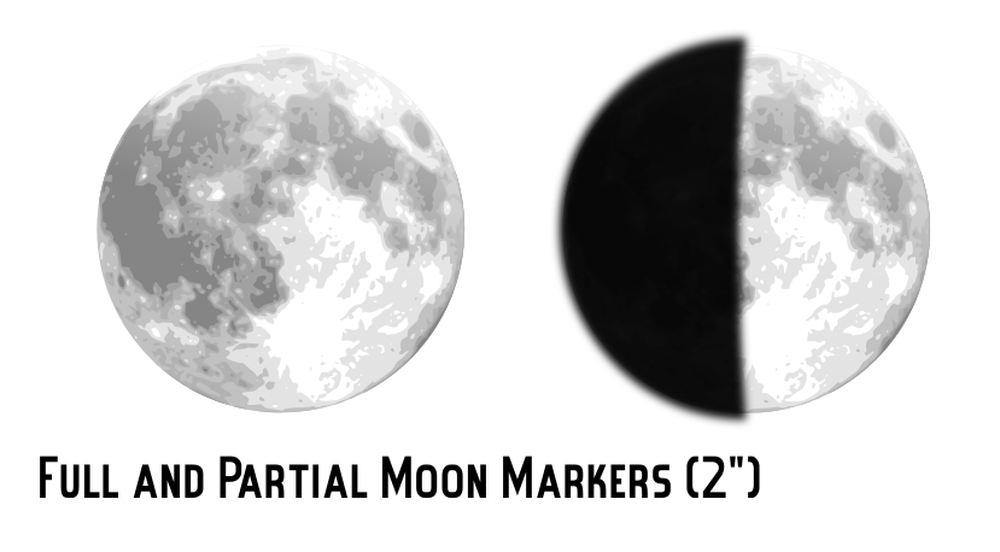 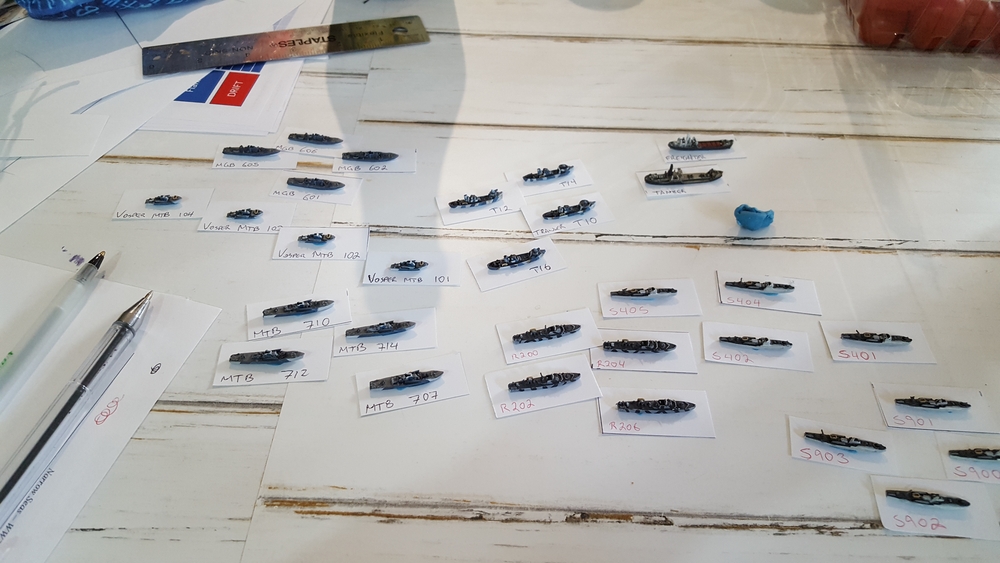 This afternoon we actually got the tiny ships onto the table and had a game using the Narrow Seas rules.

First, of course, I had to use blue-tac and scrap card to base up my tiny ships.

We ran two British coastal merchant ships escorted by a quartet of RN Fairmile D MGB gunboats, being menaced by a quartet of S-boats somewhere along the coast of England. We ignored all the visibility, spotting, and illumination rules for this game, it was purely run-and-gun.

The Germans kicked up to high speed to maneuver toward the sluggish merchantmen, while the MGBs tried to intercept.

The game ended with three of the four S-boats getting away at high speed, while one S-boat was being scuttled by it’s crew close to shore after taking massive amounts of damage. The Germans fired seven torpedoes, only one of which hit, but that was enough to send one of the merchants to the bottom almost instantly, while gunfire also sank one of the MGBs.

I’m honestly not sure how much of the Narrow Seas rules we were doing correctly, but the basic system seemed to work. Consensus was that damage was awfully dice-intensive to resolve, especially if a ship got hit hard and was up to the Heavy/Wrecked end of the damage table. We also realized we were doing the cascading damage wrong partway through the game, however, so a careful re-read of the firing and damage rules is clearly in order.

As a scenario balance thing, Fairmile D MGBs are scary, scary beasts, each of them having significantly more firepower than an individual S-boat. More S-boats or fewer “Dog” boats, perhaps swapping an armed trawler in for one or two of the Dogs, would probably make the game “fairer”. On the other hand, the Kreigsmarine did manage a minor victory, and trading one S-boat for a coastal freighter and an MGB is more than fair.

We had a good game overall and will definitely be back to Narrow Seas sometime soon; we also want to try out “Coastal Patrol” from the Summer 2011 TFL Special as TFL rules are much liked in these parts. My proper bases are enroute from Litko, and I’ve now got a list of counters I need to produce to make the game run more smoothly.