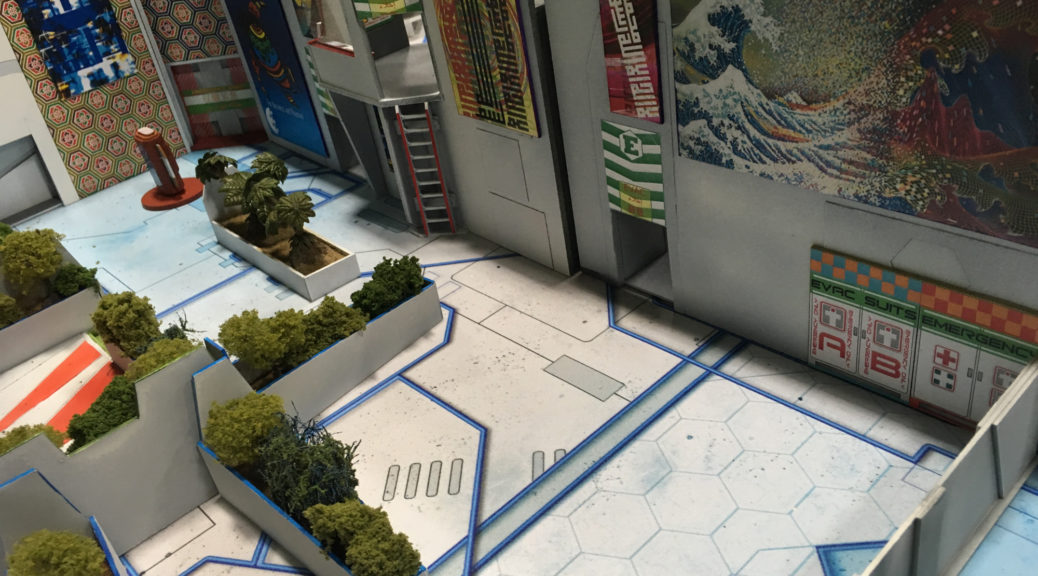 Our local “big” convention, LANtasy, was a couple weeks ago now. I participated in the Blood Bowl & Infinity tournaments all weekend, and my Infinity terrain made up two of the four tables in the Infinity tourney. We’d hoped for more players and had originally reserved space for up to eight Infinity tables, but six players was it. I managed to come dead last, by a fairly good margin, including conceding one game at the bottom of the second turn (of three) but they were good games on good tables!

I brought my Lizardman team, the Handbag Factory (they’re crocodile figures, hence the joke name) to the Blood Bowl tourney and did nearly as badly, including one game where I got six lizards including my Kroxigor killed and didn’t injure a single orc…

Some photos – see captions for details.

Trumpeter Salute 2017 was last weekend in Vancouver and was a lot of fun. Lots of different games, a chance to see folks I only ever see at Trumpeter, and I ran a Pulp Alley game that was a blast and greatly enjoyed by all six players. I haven’t processed the photos from that yet, so I’ll do another post this weekend about that show.