Back in late January, two of the gamers of our group put together a 28mm Napoleonic “Retreat from Moscow” game that was a blast – everyone had a small group of French officers and soldiers, all the main officers had personal side missions or special motivations they could do for extra VP, and the GM ran all the Russian forces.

Pretty much every Frenchman died by the end of the game, mostly run down by the pursuing Russian light horse, often after being distracted by their side mission or after attempting clever things like cutting through the forest instead of just following the road. Oh, and at least one was bashed over the head by an angry Russian peasant!

I contributed my nominally-Russian Civil War buildings to the game; the rest of the figures are from the collections of the two guys who ran it, and the base rules were GW’s out of print Legends of the Old West (LotOW) which are a good, flexible, sane set of blackpowder skirmish/light RPG rules that work well with small parties of figures.

The four photos I took are all up on Flickr; click on any of these photos to see the full-size version over there. 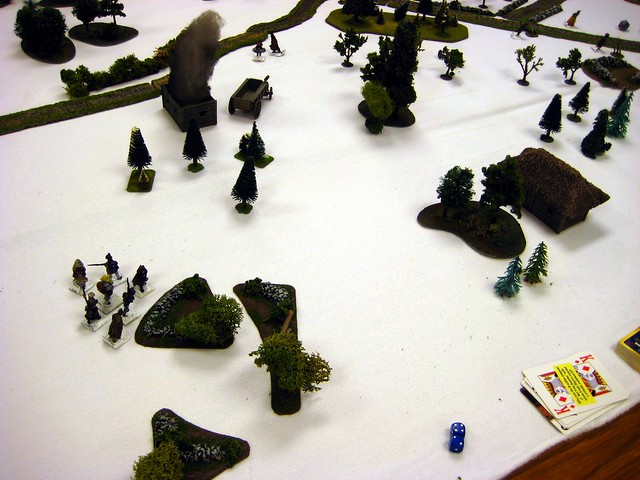 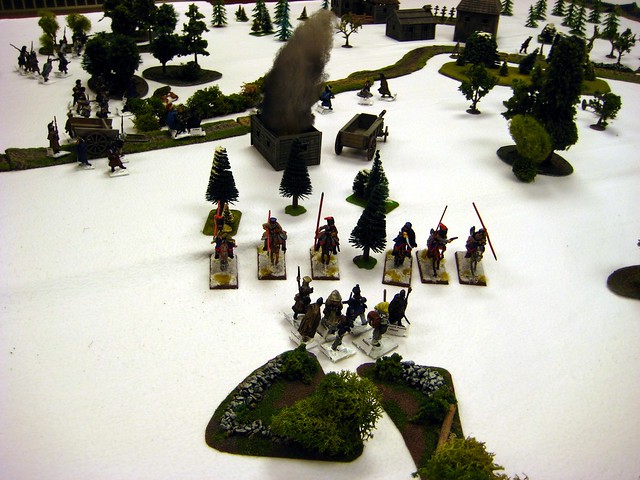 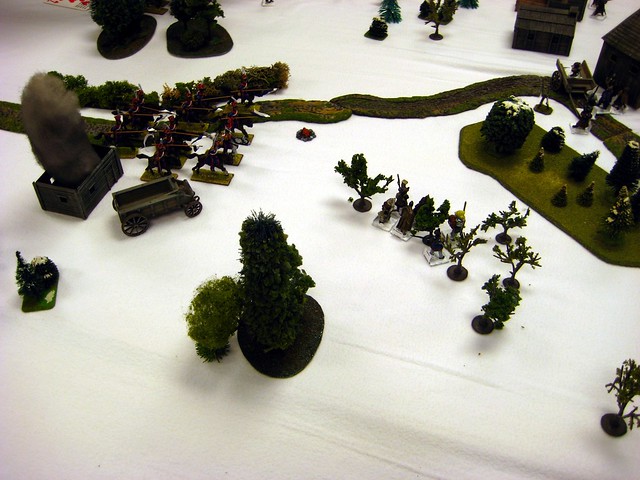 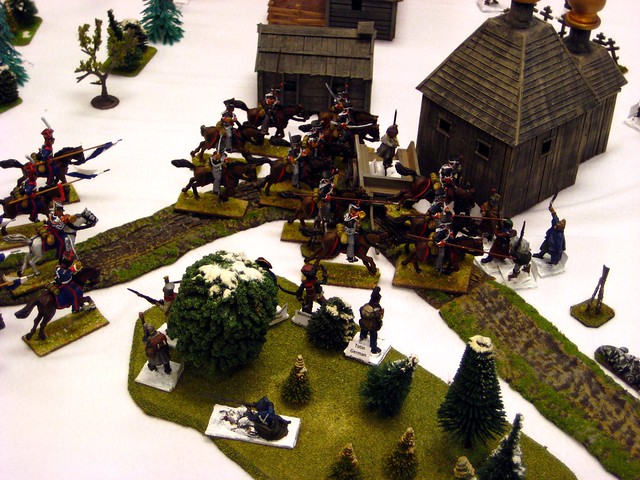