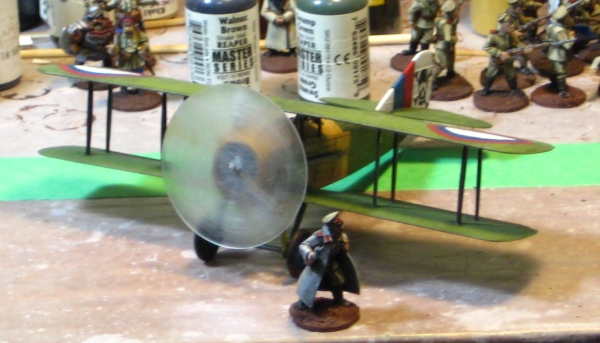 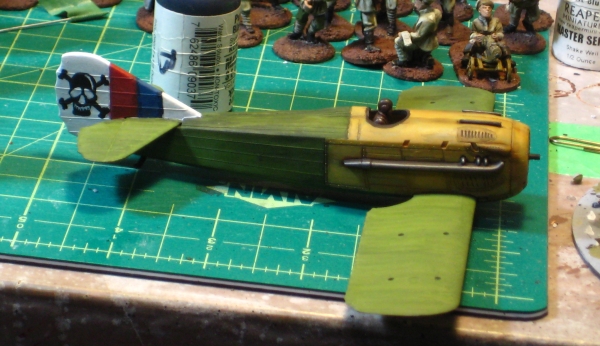 A bit quieter around the Warbard right now; I’m having most of my gaming time sucked up by the Lead Painters League 5 and real life; Corey is however away for the weekend at the Dak-Kon convention up-Island and promises lots of photographs upon his return. He’ll probably be doing a run of Amulet of Fire at some point over the weekend, too.

I’ve been painting various things, most of which I’ll wait for the various rounds of LPL5 to reveal, but here’s one of my new projects – a small foray into the Russian Civil War with a unit of White Russian riflemen, figures from Brigade Games, paint scheme not completely historic but based on inspiration from the Osprey White Armies book and some of the great resources shared on LAF’s Back of Beyond forum. Expect to see five or six of his squadmates in a future LPL5 round!

Minor update, a few hours later: I posted this photo to LAF’s Back of Beyond forum and asked for feedback, and got some excellent advice from some of the local experts. I especially like the fact that Russian troops often had coloured cloth inner parts on their fur hats; this was news to me and it’s a chance to make them more colourful yet!