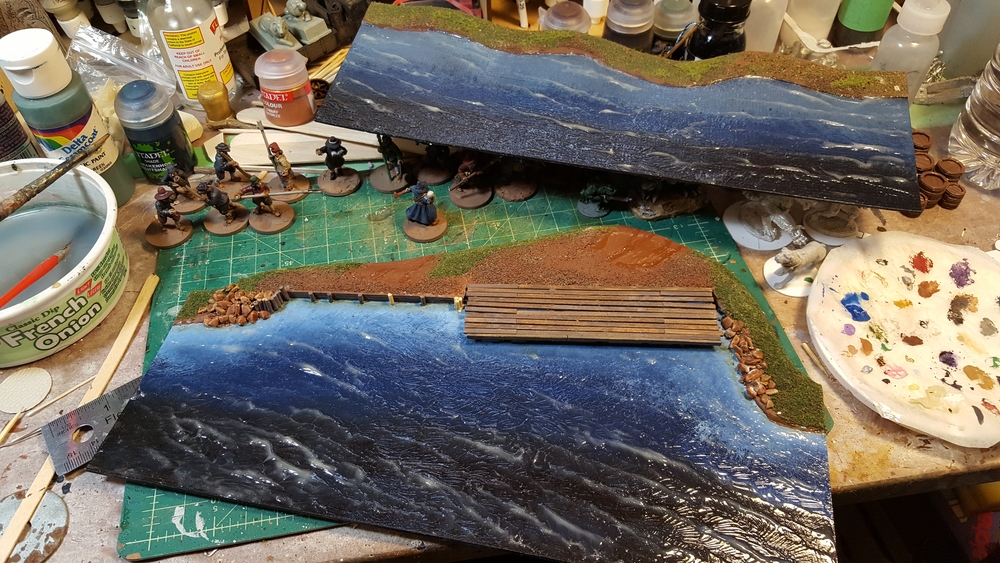 Anyway, I pulled out two of the shoreline/river bank modules I made over a decade ago (Part One, Part Two). For pieces started in June 2010 from matt board they’ve held up remarkably well, and they made ideal test subjects for learning how gloss gel medium works.

Gloss gel medium works beautifully for waves, and the main thing I learned is not to be afraid to put more on than you might think is wise, because it shrinks a fair bit when drying. It also doesn’t dry perfectly clear when it’s thick, which is fine for waves. That might be a function of humidity, according to the TerranScapes video. He talked about putting terrain pieces in a box with desiccating (silica) pellets to get everything perfectly cured and clear…

I’ve got another two or three of these modules around here somewhere, so they’ll get spruced up with gloss gel now too, eventually. I’ll also redo the foliage along the banks, and probably have to repaint the undersides to take some of the warp out of the cardboard again. Not bad for terrain that’s over a decade old!

One thought on “Improving Old Terrain”