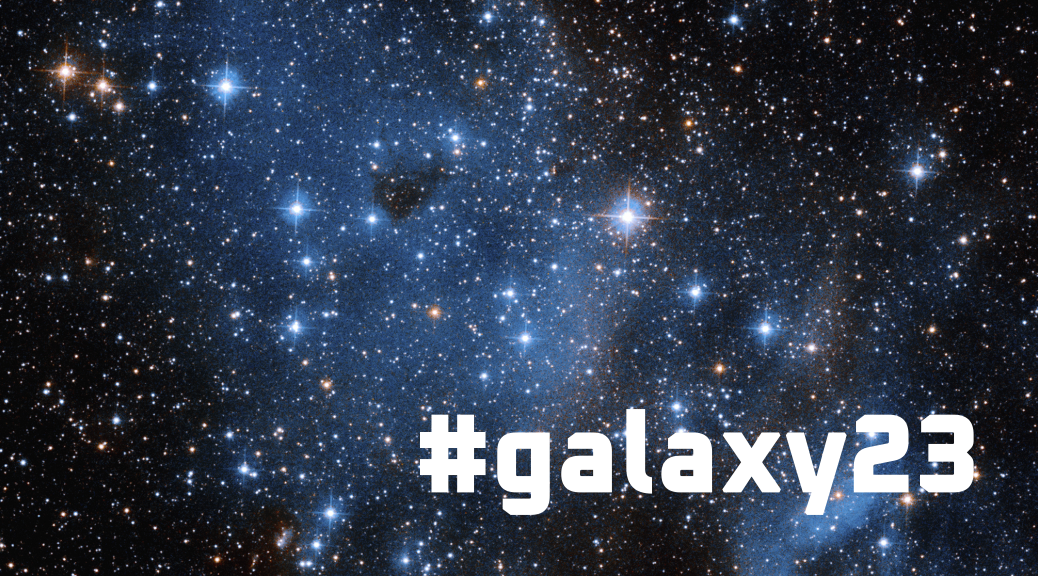 Like a fool, I (Corey) am throwing myself into #dungeon23 to build a galaxy for my upcoming Sellswords & Spellslingers scifi rulset. I’ll be creating a planet or so a week, with locations added each day

Today we visit, Hicanede, a mining colony famous for its incredible snowstorms and deep orange sky. The planet is incredibly rich in minerals that are rare elsewhere, and most of those deposits are easily accessible right below the surface. Massive open pit mines dot the planet, some recent and still being worked, others abandoned at various stages, including some after The Closing (the event when most warp gates closed at the same time)

Strange radio transmissions have been received from a long-closed mine. Players will need to investigate it. The mine was abandoned well before the Closing, but has been worked intermittently since then.

Travel in our galaxy involves using warp gates – instantaneous travel between linked pairs of gates, usually in solar systems. Most of these gates can be found in the 5 to 10 AU range from the star (between Jupiter and Saturn), although they have been found inside stars and scattered throughout the galaxy.

The event now known as The Closing actually began about 10 years before the event itself, as astrocartographers began noticing gates fluctuating and blinking on and off, initially seemingly at random.

A year or so before the closing, the blinking began happening consistently, each gate closing for 48.61 minutes at a time. The discovery that this was 1/1200 of the rotation time of the pulsar X-45JB was discovered by the AIs at the Martian National Radio Observatory, observing this strange pulsar with an orbital period of days rather than seconds.

The Closing is now known to have begun with X-45JB stopping for a full rotational cycle. At that very moment, around 75% of all gates shut. And stayed shut, for nearly 75 years. The chaos this caused is incalculable. Billions are believed to have died in the upheaval that followed, as stellar nations suddenly became chopped apart. Many newly settled worlds failed, as the lack of new people and resources meant they didn’t come.

And then, just like they closed, the gates reopened. It is now 3 years since that event and people and ships are flooding through the reopened gates. Alliances and wars are being fought over territory, while many planets are still as of yet officially unrecontacted.

Just about any type of adventure is possible now. Earth and the Solar System, long self-sufficient, weathered the closing well. Charismatic leadership kept the Solar System intact as a single political body. Similarly, the Halite Commonwealth got extremely lucky – only 1 of the 5 gates for their main planets of Speibahi and Dreglo shut, meaning they expanded quickly. However, hundreds of other planets exist in states from totally uninhabited through to struggling with pre-warp or pre-space tech.