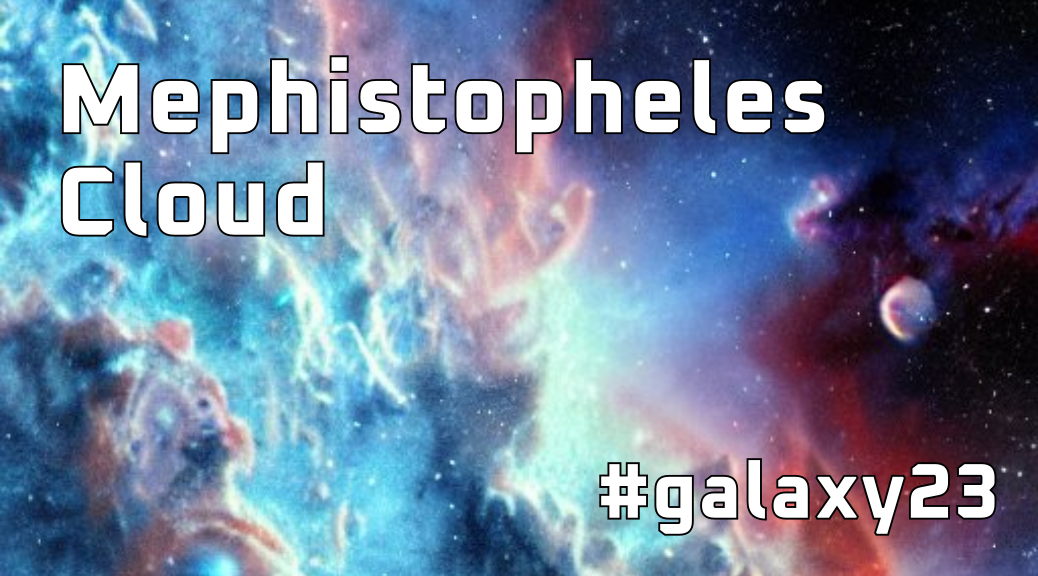 Today we turn to an odd enigma – the Mephistopheles Cloud – named for the swirling colours and massive graveyard of ships and space stations that dot the cloud.

An area of space around 1/4 of the AU across, the Mephistopheles Cloud is home to some 15 warp gates and at last catalogue, some 90 years ago, 524 individual space stations or ships, most of which are abandoned. Both Solar Compact (Earth and most of the solar system) and the Halite Commonwealth maintain active stations here, as this is a waypoint to just about anywhere else.

The mystery comes in – how did the warp gates end up here? Nearly every else that has warp gates is by a major gravitational feature – a star or something similar. It wasn’t until after The Opening that a chance discovery lead to the finding of the grooves in space. Somebody dragged every warp gate from the systems many light years around to this cloud. And that “dragging” left telltale grooves in the universe.

Players are tasked with retrieving a lost scavenger party. The ship retains power through fusion generators, so many of the automated systems are still active. Foes include sentry robots and automated cannons, while stasis traps catch the unwary.

2 thoughts on “The Mephistopheles Cloud #galaxy23”