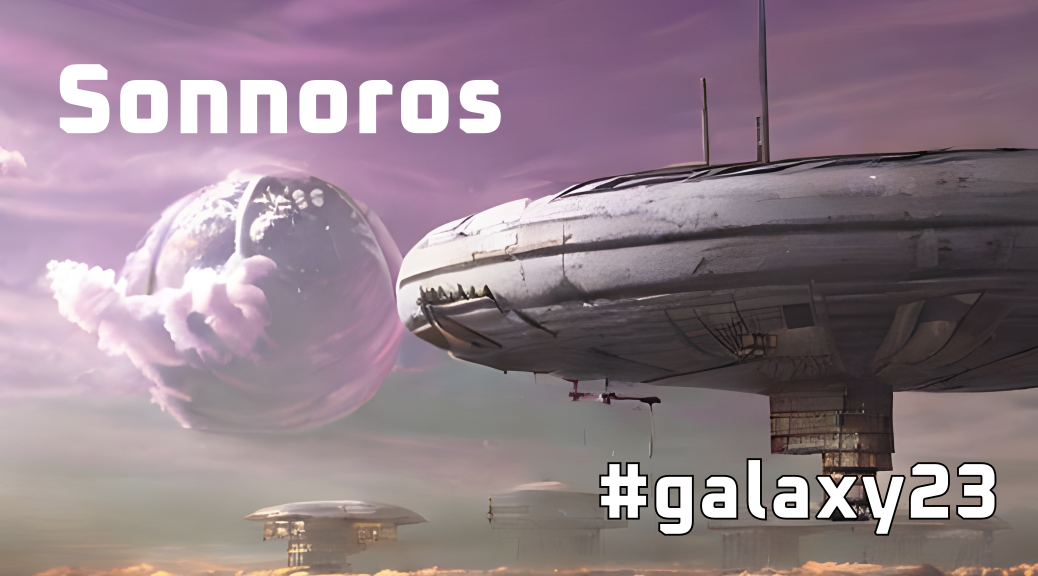 I was going to do a piece on the Halite Commonwealth capital city today, but I thought I would detour with a stop at Sonnoros, a Saturn-like planet in the Halite system home to the intelligent Zennanesh race, a very large floating jellyfish-like species.

Native hydrogen breathers and from a gas giant, Zennanesh are the first known intelligent species of their type in the galaxy.

Sonnoros also hosts the Halite Legislature (somewhat similar to how the European Union or South Africa used to function, where the executive is hosted in a different city from the legislature)

As most player characters aren’t capable of either flying or breathing hydrogen, adventures in Sonnoros will be limited to either the main floating stations – often mining stations for rare elements in Sonnoros’ atmosphere, or meeting points. Although the Halite Commonwealth is stable, wealthy and safe, even the richest places have their underbelly.

Players have been approached to smuggle some goods off of a mining platform. They have to move the objects across the table to the airlock (and their ship). The loading dock is busy with civilians, so lethal force is not allowed. Players must create distractions so the port police don’t notice what they are doing.